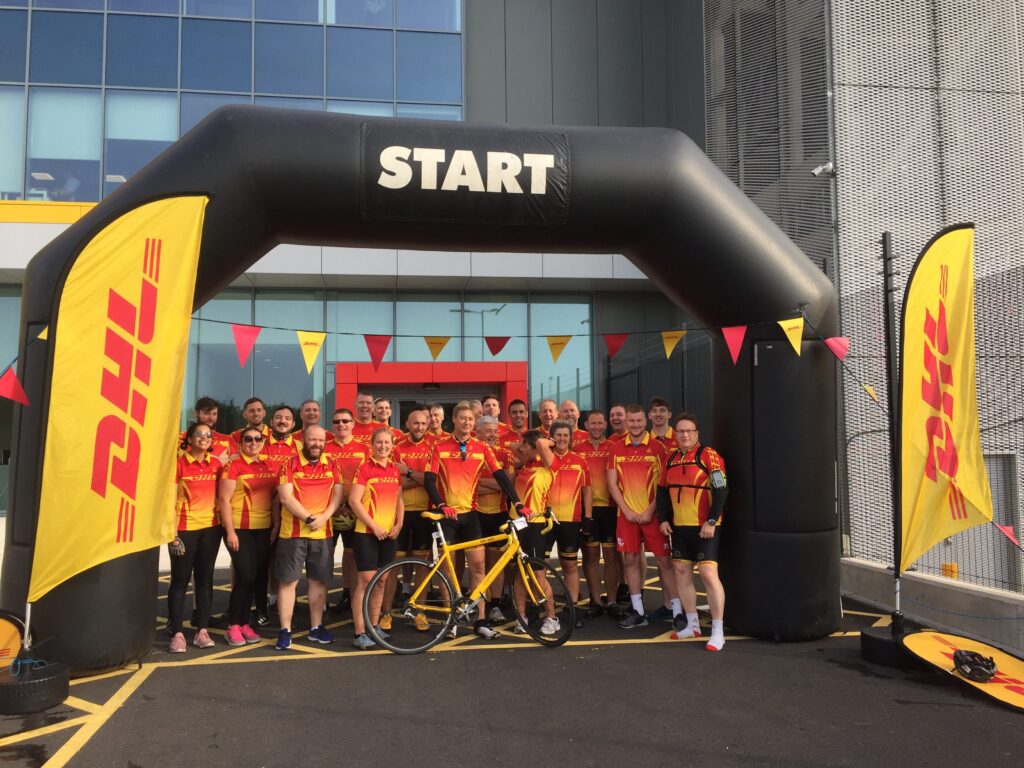 DHL International wanted to celebrate the opening of their new hub at East Midlands airport by swapping their usual haulage vehicles with bikes and challenging 32 employees to cycle 154 miles over two days from East Midlands to their other major hub at London Heathrow.

Threshold devised the full route, managed participants, all pre-event communications and provided a full support team, including cycling chaperones, for the challengers throughout the route. Pit-stops were fully stocked with food and drink to keep the riders fuelled and they even had a celebrity visit from Filbert the Fox to leverage DHL International’s partnership with LCFC.

On arrival at DHL International Heathrow Hub, the cyclists were met with a large cheering crowd who waved them in across the finish line. The cyclists were a range of abilities and most achieved distances that they had never done before!

‘Thanks again for everything. I really appreciate the professional and friendly support from minute one. Everything was great from my point of view and I frankly never heard any negative words from anyone during the whole two days…apart of course towards poor old Rory and his route plan (but who told anyone you could ride 155 miles without the odd hump to get over!)”, Richard Cook, Director of Fleet, DHL International.