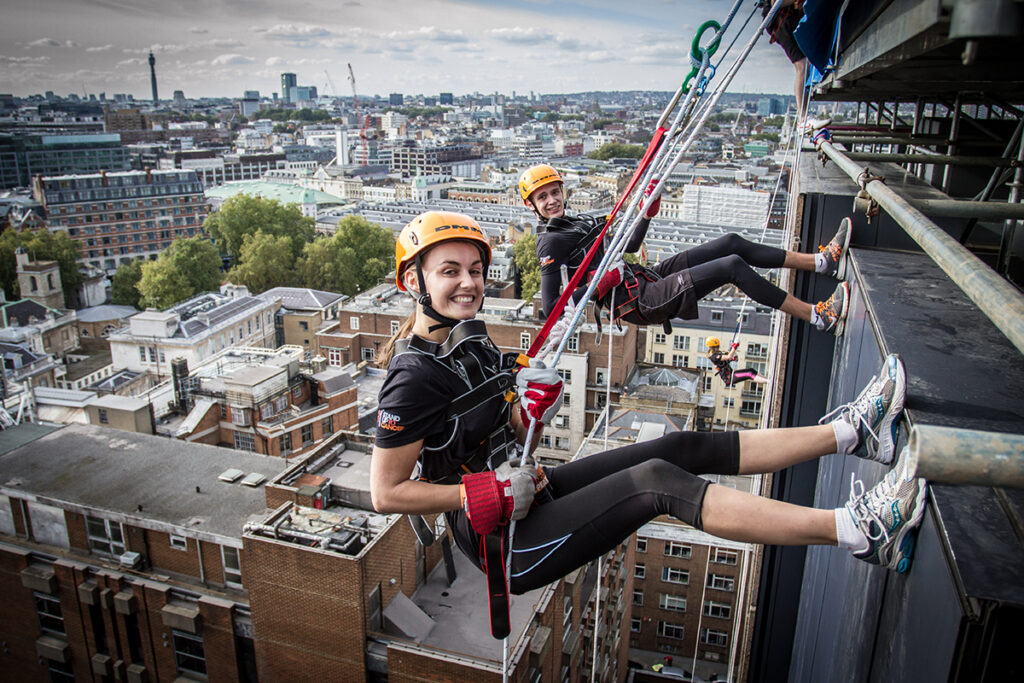 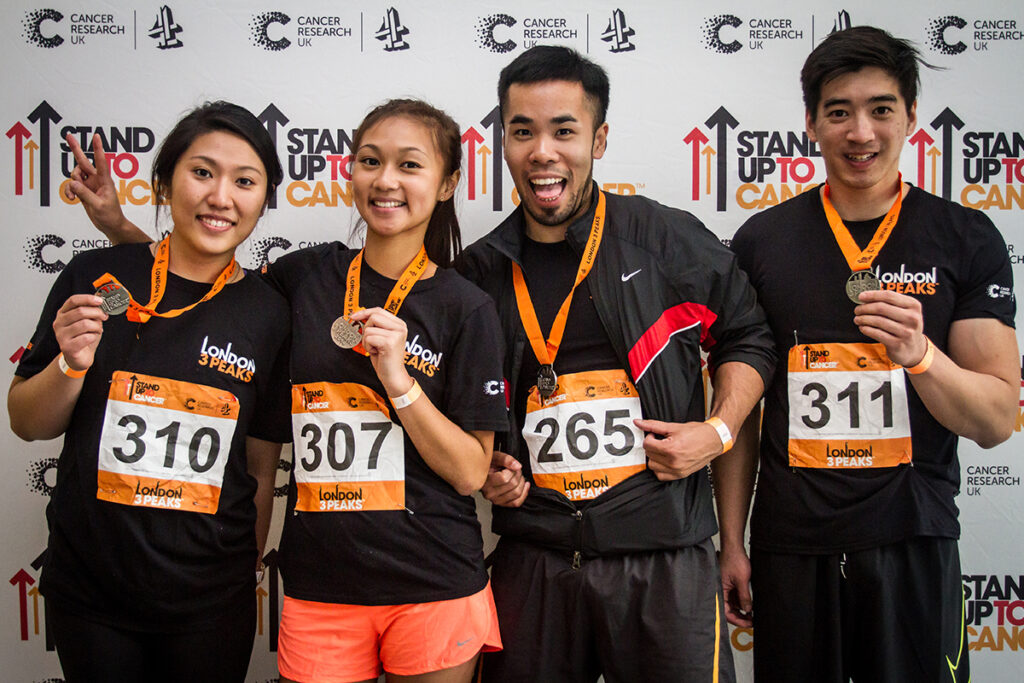 Brief: Cancer Research UK came to Threshold wanting an iconic London based mass participation fundraising event for their Stand Up to Cancer campaign. It had to be an event that the public could take part in, that could become a high profile moment for the charity and would also provide a good fundraising ROI. It had to be challenging enough to make people donate without restricting it to the super fit athletes.

Response: Threshold came up with the London 3 Peaks concept. It echoed the classic fundraising challenge of climbing the highest peaks in England, Scotland and Wales, but consisted of a 5k run between iconic London stair climbs and an abseil to finish.

The event started at Cancer Research HQ in Angel and took in three of London’s tallest buildings (The Gherkin, Salesforce Tower and 200 Aldersgate). A daring 185ft abseil off the third tower provided the adrenaline fuelled finale.

Participants were supported with dedicated training plans pre-event and participants’ needs were fully catered for on the live event from route assistance, to refreshment stations around the course and entertainment at the top each of the buildings.